What is Domestic Violence?

According to the National Domestic Violence Hotline organization, domestic violence, also called intimate partner violence (IPV), domestic abuse or relationship abuse is a pattern of behaviors used by one partner to maintain power and control over another partner in an intimate relationship. Domestic violence does not discriminate. Anyone of any race, age, sexual orientation, religion or gender can be a victim – or perpetrator – of domestic violence. It can happen to people who are married, living together or who are dating. It affects people of all socioeconomic backgrounds and education levels.

Relationship violence is a combination of a number of different tactics of abuse that are used to maintain power and control — which are the words in the center of the Power and Control Wheel (see below). The center is surrounded by different sets of behaviors that an abusive partner uses in order to maintain this power and control.

These sets of behaviors are:

A lot of these behaviors can feel subtle and normal — often unrecognizable until you look at the wheel in this way. Many of these can be happening at any one time, all as a way to enforce power within the relationship. 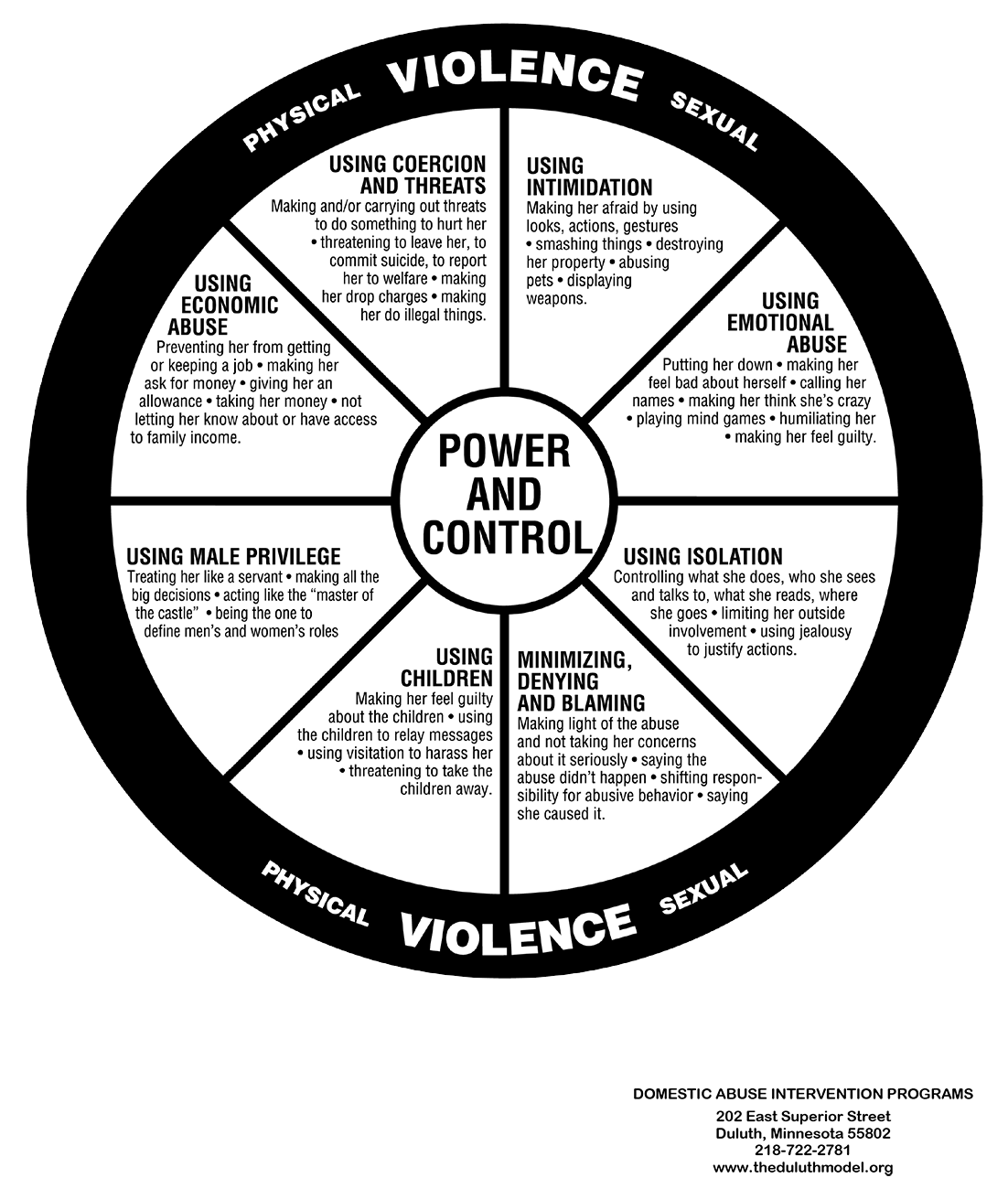 The National Coalition Against Domestic Violence has reported the following statistics: In 2012, for the third year in a row and 5th in the previous 6 years, Nevada ranked first in the nation in the rate of women killed by men according to the annual report When Men Murder Women. It further details the top 10 states in 2010 (FBI homicide report) with highest rates of females murdered by males: Nevada ranked #1, 2.62 per 100,000. In 2010, the year of Bee’s death, 1,800 females were murdered by males nationwide.2 2 When Men Murder Women: An Analysis of 2010 Homicide Data

For immediate help, Dial 911, if you or anyone you know are experiencing domestic violence.

The NCADV is the voice of victims and survivors. They are the catalyst for changing society to have zero tolerance for domestic violence.
One Broadway, Suite B210
Denver, CO 80203
303-839-1852
www.ncadv.org

Local Resources and Services in Washington, DC and Maryland

The goal of the family service programs within the circuit courts is to provide an effective approach for the early resolution of family conflict. Because the courts sometimes function as "trauma centers," serving families in crisis, they are in a unique position to identify problems, and connect families who seek court intervention with much-needed services.
P.O. Box 3000
La Plata, MD 20646
301-932-3072
https://mdcourts.gov/clerks/charles/family

Your support can start the positive ripple of change.